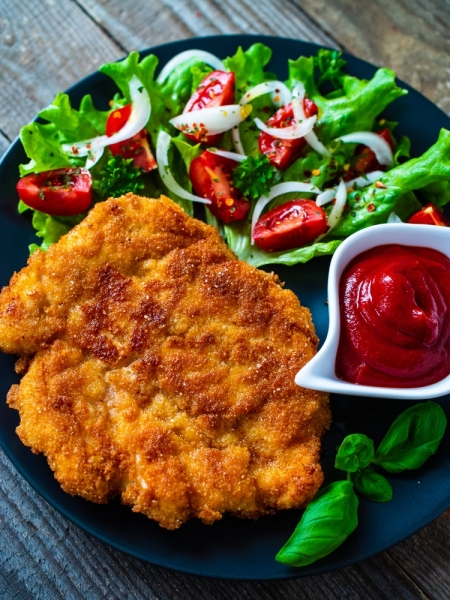 Breaded schnitzel is very tasty, it will appeal to those who like a fried crust. But inside the meat remains tender, juicy.

How to cook Fried Pork Schnitzel

Schnitzel is translated from German as «cut». The meat is cut thinly. Initially, this was the name of a dish of Viennese cuisine, which was prepared from veal. The dish came to Russia at the beginning of the XX century . Now it is prepared from various meats, chicken and pork are used. The schnitzel differs from the chop in that the meat does not necessarily need to be beaten off. It is cooked and chopped. If the schnitzel is cooked correctly, it has a golden color and a crispy crust.

Okroshka with sausage on kvass recipe with photo step by step

Stewed celery and carrots recipe with photos step by step

Beetroot salad with potatoes, apple and herring recipe with photos step by step