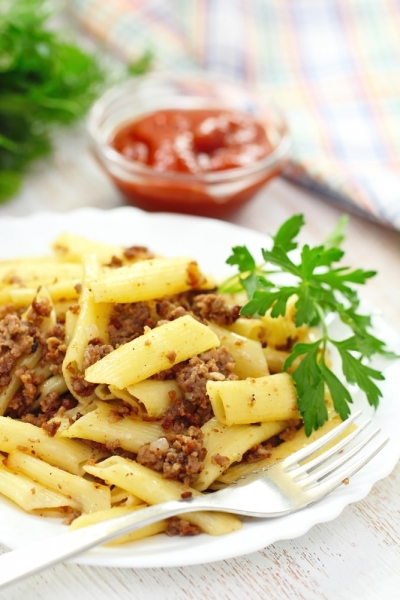 Pasta in the navy is very easy to prepare and at the same time a delicious dish. Pasta with minced meat is usually liked by children and adults. It is generally believed that the dish was prepared in the navy, and only then became widespread among the ordinary population of the country. It quickly spread and gained popularity due to its simplicity and balanced taste. But a lot depends on the ingredients, there are not many of them here, but they must be of high quality. Ground beef or pork is needed, not greasy. If the minced meat is greasy, then a lot of fat will be melted during hot processing, the pasta will float. It is unlikely that anyone will like it. It’s better if you cook the stuffing yourself! Pasta is better to choose hard varieties. They must be necessarily grooved, such as fusilli or penne.

Shrimp baked in bacon recipe with photo step by step

Falafel: chickpea meatballs with mushrooms and corn recipe with photos step by step